Francesca Melandri’s debut novel Eva Dorme was Elle magazine’s book of the year when it was first published in Italian. Now available in English as Eva Sleeps in a handsome edition by Europa, I had the pleasure of reading it recently.

I should say ‘devouring’, rather than ‘reading’, so engrossed did I become in this compelling saga of love, family, political turmoil and the conflicting demands of two languages and two distinct heritages in that small geographical region of Alto Adige/South Tyrol.

The central character is Eva – professional, single, independent – and it is she who narrates the contemporary sections of the novel. Eva is travelling from Alto Adige to the very South of Italy by train: a journey as much through her own past, and the complex history of the country, as it is through the endlessly changing landscapes. She is on her way to see Vito, who is dying: the love of her mother’s life, and the only man who came close to loving Eva like a father.

Eva’s mother, Gerda, gave birth to her only child as a single mother in the early nineteen-sixties. Working in the kitchen of an hotel, Gerda struggled to bring up her daughter in a fiercely judgemental society and in working conditions that were extremely difficult. Anyone associated with trade union activity was dismissed on the spot.

But Gerda survived – and she did so by dogged hard work and with the support of Sepp and Maria, two generous-hearted individuals in the close-knit community of South Tyrol, who already had thirteen children of their own.

I love Melandri’s descriptions of the close family networks in this community that feels so alive in the novel’s pages: networks that were, however, puritanical and not always welcoming of outsiders:

‘The relationships between them were woven with invisible threads, a large quilt of belonging, perhaps threadbare in places where two brothers weren’t speaking or because of an obvious dislike between a mother- and daughter-in-law, but which, nevertheless, was spread over everybody and from which no one was excluded. No one, except Eva.’

Eva’s younger years of enduring separation from Gerda, and being thrust into this vast new family, were not only emotionally turbulent: the community in which she lived was also politically turbulent. The years 1965-1967 were ones of particular turmoil in South Tyrol/Alto Adige. Resistance to Italian domination was increasing and outbursts of violence were becoming more common. Reconciliation between the two traditions – the Italian and the Germanic – seemed impossible:

‘….with the ubiquitous presence of military columns, barracks in a state of high alert, road-blocks, arrests, searches.’
As Eva reflects on these years as an adult, the thinks:
‘Relations between us, Daitsch children, and Italian kids were simple: they didn’t exist. They were Walschen, precisely; we were ‘Krauts’ or at most, ‘pylons’ in homage to the electricity pylons our terrorists enjoyed blowing up so much.’

The polarisation of the two communities, the inability to forge a way of living together, the cultural gulf that existed – added to incompetent governance – was, for me, very resonant of the Troubles in the North of Ireland. When a character complains about Alto Adige/South Tyrol by saying: ‘What a complicated place!’ I know just what she means.

Eva Sleeps is, though, above all a powerful and compelling tale of reconciliation.

Between individuals, between the past and the present, between the view we have our ourselves and another, perhaps less palatable, reality.

The writing is direct and intimate, whether third or first person, and Eva herself inhabits all the pages as a living, breathing character. Melandri does not shy away from complexities, either personal or political, and has crafted a narrative that is both satisfying and illuminating. 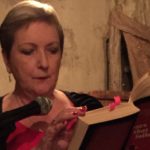 “The Years That Followed” Canada launch at Ravine, Niagara on the LakeDiary, News 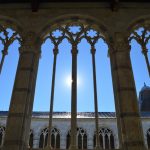