How do you write a book? Rules for writers 7: keep a notebook

These days, when we make an appointment, or check a date, or want to make a note to ourselves about something that we really must remember, most of us reach for our phones.

The smart phone has become our recording device, our camera, our alarm clock, our inbox for emails and texts, our link to Twitter and Facebook and the Internet and oh, yes – our telephone.

I say ‘most of us’, but I have observed something very interesting over the last couple of years.

At a book launch recently – and this happens a lot – I was sitting beside another writer, a much younger writer, and one who is way more technologically- and social-network-savvy than I am.

We were listening to some other novelists debate their craft and to my delight, the young writer to my left took out a notebook.

Pen & paper, or: write notes if you want to write a book

A tiny notebook, to be sure, but nonetheless a notebook – and a pen.

Mine, it needs to be said, had been in my hand since the beginning.

Not to make slavish notes, but to have the opportunity to remark on something to myself – to highlight a word, a phrase, a resonant insight – something that I knew I would find interesting later on.

When I say ‘to my delight’, I mean because I know, once I see the emergence of the notebook, that I have met another kindred spirit.

Someone who instinctively understands the relationship between the hand, the page, the pen and the creative process.

Handwriting a note to self allows the space for something to happen which does not, in my experience, happen in the ‘Notes’ section of my mobile phone.

Don’t ask me why, because I have no idea what the answer to that question is.

What I do know is that most poets of my acquaintance will not touch a keyboard until early drafts of their poems have been completed by hand.

The pen slows us down.

It forces the selection of the right, the most appropriate image. It makes us concentrate on the language we use.

And it creates a space in which magic can happen, if we let it.

The notebook in my pocket is also less intrusive, I feel.

Taking out a phone while someone is speaking can convey the impression that we are checking our mail, or tweeting, or scrolling through Facebook: all of the things that so many people do – things that mean they do not fully savour the present moment, because they are so busy communicating with the world, rather than with themselves.

But we can, instead, make the occasional note with a pen and paper without upsetting or insulting the speaker to whom, presumably, we have come to listen.

Having a furtive little notebook is useful also, I find, on public transport, where I so often overhear gems of wit and wisdom from unsuspecting passengers.

All I want is to jot down a word or two, make a note about someone’s hat, or remind myself of their fury at Aunt Emily’s miserly wedding present – and it’s all so much quicker and easier than fiddling with the options on my mobile phone.

I don’t like struggling to write something on that tiny virtual keyboard, one letter at a time.

But that’s just me.

At night, just before we fall asleep, psychologists tell us that we can often experience a fertile imaginative time.

The subconscious comes alive in those dream-like moments before oblivion. Often, something will occur to me – and I reach for my bedside notebook and scribble it down. I’m often surprised to find it there the following morning.

And speaking of mornings, dreams, as we are waking up, feel vivid and powerful and we say to ourselves: must remember that. But we don’t.

Because the dream fades as we wake, then quickly becomes a shadowy memory and finally disappears completely a couple of hours later.

With a notebook beside me, though, I can capture that moment in all its bizarreness – and often a word or two is enough to bring the entire dream flooding back.

Don’t knock it til you’ve tried it. 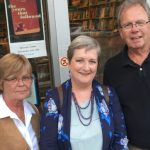 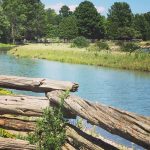 The Years That Followed – Canada preview: the lost villagesDiary, News