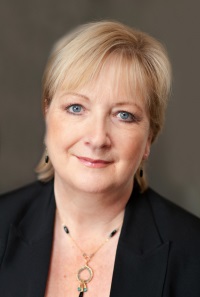 I became a fulltime writer in 1995, but I’ve been writing ever since I can remember. From short – very short – stories as a child to the usual excruciating poetry as a teenager: I’ve probably being putting words on paper for almost half a century now. What a thought.

As a child, it took me a few years to learn that there was a difference between reading and writing. For me, if you loved books, then of course you were going to try and write your own. But that was an almost impossible ambition in the Ireland where I grew up. I did the next best thing: the thing that kept me closest to books. I became a teacher, and I taught, very happily, for seventeen years. I loved teaching and still very much enjoy the Creative Writing workshops that I often facilitate.

But writing increasingly became a compulsion, almost an obsession. Nothing else satisfied in the way that writing satisfied, and so I continued to attempt poetry, short stories, non-fiction essays, honing my craft, serving my apprenticeship, until I finally finished my first novel, In the Beginning.

In the Beginning was published in 1997 and was very well-received, both critically and popularly. It was translated into several languages and went on to be shortlisted for the ‘Bancarella’ – the Italian booksellers’ prize.

A Name for Himself followed a year later, and was short listed for the Kerry Fiction Prize.

Between 2000 and 2014, I have published seven further novels: The Walled Garden, Another Kind of Life, Something Like Love, At a Time Like This, Set in Stone, Missing Julia and The Things We Know Now.

My non-fiction book, An Unconsidered People was published in 2003.

I receive a lot of requests to discuss various aspects of the creative process: the role played by inspiration, imagination, dedication and craft. I can’t answer all of these questions individually, so part of this website has been dedicated to a ‘Readers’ Forum’ in order to attempt to answer the most frequently-asked questions.

My facebook page is where I post regular updates – you are very welcome to join me there.

Please feel free also to send any questions you may have to the dedicated email address below.
I look forward to hearing from you!

With all best wishes,