Back in the early 1980’s, I saw Frank McGuinness’s play ‘Observe the Sons of Ulster Marching Towards the Somme’, an exploration of the lives of eight Ulster Protestants set against the backdrop of one of the most horrific battles of modern history.

Observe the Sons of Ulster Marching Towards the Somme

Some thirty years later, I’ve just seen it again and found it a richer, even more rewarding experience.

In the current year, devoted to celebrating and commemorating the events of the Easter 1916 Rising in Dublin – so important to the Nationalist tradition – McGuinness’s play, which focuses on the lives and loves and contradictions of the ‘other’ Irish tradition serves as a fascinating and illuminating counterpoint.

The play is a co-production between the Abbey Theatre, Citizens Theatre, Headlong and Liverpool Everyman & Playhouse.

It is a completely satisfying piece of theatre.

Elder Pyper, played by Sean McGinley, who opens the play, is condemned to remember and relive the experiences of the Somme.

He warns against any invention that ‘gives that slaughter shape’.

All of his companions are dead – all ‘ordinary’ men who represent the many shades of Ulster Protestantism. Craig, the blacksmith. Moore and Millen, factory workers. Roulston, the preacher. Anderson and McIlwaine, swaggering Belfast shipyard workers.

Amid the horror of the Somme slaughter, the men, forced together in the trenches, exemplify the humanity, tolerance, affection and understanding that transcend their bigotry and brutality.

The cast is uniformly superb. For me, though, the young Kenneth Pyper, played by Donal Gallery, is a revelation. In a performance that was brash, subtle, physical and nuanced, he stole my heart.

A very different theatrical experience, Florian Zeller’s ‘The Father’ in the Gate Theatre was heart-breaking in its unflinching insight into a man struggling with the final stages of dementia. The translation by Christopher Hampton is fluid – not a false step anywhere.

The audience feels that it is peering into a life – which we are – with an attendant sense of discomfort. Owen Roe as Andre is unforgettable. His sense of confusion, the rage he feels as he confronts the disintegration of his personality, his bewilderment as even the furniture seems to outwit him, are perfectly captured. The play’s scenes are short and sharp – challenging the audience to participate in Andre’s fractured sense of self.

And Florian Zeller does not flinch from exploring the conflicting emotions of the old man’s carers – a topic rich with contradictions. They feel fury at their circumscribed lives. Pity, as they watch a once-loved, or once-tolerated man descend into Alzheimer’s.

And they are sometimes cruel, as the old man’s fracturing personality brings out the worst in them: the instinct to abuse their power over his helplessness.

The Crown and the Red Cross

And finally, I went to see ‘The Crown and the Red Cross’ written by Jennifer Laverty and Eilis O’Donnell.

Set in the stunning surroundings of Dublin Castle, the play explores the little-known fact that the Red Cross Hospital existed in the State Apartments from 1915-1918.

The writers’ aim is to use

‘theatre as a tool to bring history to life, and to entice an audience of Irish and overseas visitors alike to experience Dublin Castle as they have never seen it before’.

The staging is innovative. Audience members follow the cast, and the action, from room to room in the Apartments as the action unfolds. The movement is deftly managed – there are no awkward gaps: the cast keeps everything seamlessly on the go.

The play explores different perspectives: those who remained within the walls of Empire as the Rising exploded on Dublin’s streets; the nurses who had to deal with the shells – shocked soldiers returning home from the trenches, as well as injured rebels; the representatives of the Crown in Ireland, appalled at – and incomprehending of – the activities of the rebels outside.

James Connolly is taken there, finally, seriously wounded. And the political certainties finally begin to shift in the face of his courage. 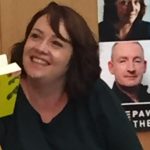 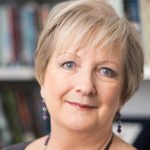 How to write a book. Rules for writers 8: all writing is rewritingDiary, News