A land of nothing but fields of wheat, corn, vineyards, a few houses, a church and a dirt road. A row of trees provided some shade for people when they went cycling in the hot days of summer..

No electricity, nor drinking water in the houses, and in the winter a lot of fog and ice If you wanted to keep warm, you had to go into the stable with the cows.

Not many cars there but only a few motorcycles to allow people go back and forth to the nearest village to buy food, to go to the open market once a week, or to see a movie, sometimes.
Not many other amenities, nor cultural entertainment, there.

The only sign of the progress was the “littorina” – a special kind of train – which connected the small village to others and to some cities nearby.
I

t was here that a girl was born and one of her uncles chose her name: Patrizia.

The meaning of the name is: noble!

Patrizia’s parents were farmers and life was really tough in those days, and her uncle wanted a better one for Patrizia. He might have thought that, giving her such a special name, she might have escaped some of the difficulties of living in such a place.
He was the one, with her father – his oldest bother – that supported Patrizia in the choice to continue her studies.
Back in the 1950’s women had to stay at home, taking care of the family (all the better if they had many children), or at least work in a factory. So Patrizia’s desire seemed quite out of the ordinary.

“What do you want to do? Who do you think you are? What a strange idea you have. You will be judged by the community and your relatives. What is the point in wasting time studying? I need your help to look after your youngest brother while I go to help your dad on the farm” – these were some of the issues Patrizia had to fight about with her mother.
She reached a compromise with her mother at last because Patrizia was quite a stubborn girl.

She could continue studying but couldn’t choose the courses she wanted to.

She dreamed about taking languages courses, but she would have to go back and forth to a big city to do that, where she might have met bad people, or lost her mind or even her virginity.
From now on, studies became an important part of her life and the journeys by “littorina” became an opportunity for some rest during those long days.

Although she had to quit her courses after three years, Patrizia kept working on her dream. She was determined not to stay in such a narrow reality for the rest of her life. Outside, the world waited. And she want to explore it, in every way.
In the late 1970’s Patrizia’s little village became a place where a priest helped her to open her mind and to start doing something important for their small community.

He had been sent to them from a big parish as a punishment for his progressive ideas: ideas that weren’t acceptable to the Church.
With other young people from the nearest villages, Patrizia and the priest organized a school program to fight the illiteracy that affected most of the residents.

After a couple of years she went back to school, thanks to the help of her boyfriend and some very close friends.
Again, Patrizia had to fight to get what she wanted and find a compromise with her mother.
Studying could not be the priority for Patrizia so she had to do it in her spare time. Despite that, it helped her to imagine that a different life was possible.

When the referendum on divorce was announced and Patrizia declared that she was in favour of it, she faced a really hard time with the family. Then, she decided to move away for a while. In that rural reality, Patrizia’s support for the right to divorce was a scandal.
Her uncle, the one who had chosen her name, the one who was a priest, got really mad with her. He was so disappointed.
Eventually, Patrizia moved to a big town, leaving behind her the prison that the environment of her village had become to her.
But, it isn’t easy to eliminate all the influences you had when you were a teenager. The philosophy of Catholic education was so strong and so pervasive that it took Patrizia many years and a lot of energy to try to overcome their influence.
Then, Patrizia chose to have children instead of continuing to study.

She started working, because her salary was the only way to support her family financially.

Her husband, a neurologist, who was eager to gain experience abroad, arranged a year overseas, in Canada.

They moved to Vancouver, with a 5 year old boy, Matteo, very little English, and no experience (knowledge) of the North American lifestyle.
What motivated them to go there was the desire to give Patrizia’s husband a chance to improve his scientific training and for her to be in touch with new cultures.

At the very beginning nothing was easy for any of them.
Once again, she asked herself: “Why am I here?”
Nothing that was promised was given to them. The people who were in charge, for instance, gave no help in finding accommodation, or a kindergarten for their son. There was no grant for their stay.
So they had to provide everything themselves.

A technician who was going to work with Patrizia’s husband eventually helped them to find accommodation. It took them a few days before finding the cheapest basement possible. They were really sad when they found out that many houses didn’t want any kids: the advertisements said “No Kids, No Pets!”

Before leaving Italy Patrizia had been told that she had permission to work, in Canada, but it wasn’t true. The legal restrictions on visitors didn’t permit her to find a job that could have helped her to learn the language better, to gain more confidence with the lifestyle and to increase the small salary her husband received from Italy.

In order to take advantage of this experience, Patrizia took a year’s sabbatical from her job, but with no salary at all.
The resulting lack of money influenced the family’s accommodation choice and their lifestyle.
What an experience it was, for instance, living in a basement! Whenever Patrizia opened the windows, she had to stay in the room checking that no mice got inside.

Thanks to some Italian immigrants they got in contact with, Patrizia and her husband were able to get settled down and start their Canadian experience.

Little Matteo went to the kindergarten where he met new friends and learnt the language.
But, how demanding it was! One day her son asked Patrizia: “Why should I learn English, why don’t they learn Italian, instead!”
The only job Patrizia could get was selling graves.

Italian immigrants are a big community in Vancouver and, among other traditions they keep from their own culture, they want to buy a grave in advance. They want to know where they will be buried.
So, Patrizia’s job consisted in making a phone call at dinner time, asking the family if it was interested in buying a grave. She had to explain that the prices depended on the position of the grave. The middle level was the most expensive, while the upper and lower were the cheapest.

Can you imagine the answers she got sometimes from young people?!

She can still remember the smell of her body. When she had to start work she became nervous, and started sweating, her stomach would churn, and she desperately hoped that nobody would answer the call.
Finally, she managed to sell just one grave.

After that, she decided that one was enough!

The Canadian educational program is different from the Italian one, and in order to avoid her son missing out on a school year, Patrizia taught him the first year of the Italian elementary program.
Life abroad became a little bit easier for all of them after a few months, thanks to the good relations they established with Canadian, Asian and Italian people.

They were able to travel around the huge country and enjoy the beauty of extraordinary natural surroundings.
Patrizia never complained about the difficulties she had to face there, but she always tried to take advantage of the opportunity she had to live in a big city, where a lot of different cultures were represented.

Going back to Italy was really hard for all of them, but they managed to get over the difficulties and became adjusted to a new/old life.
In 1985 Laura was born. Pregnancy meant that Patrizia had to stay in ed for many months, but at last Laura became part of the family.

At the age of 3 she got serious convulsions, but she suffered no ill effects. But that made all the family worry about her health and they watched her very closely for many years.

In 1992 the family moved again to Vancouver.

This time Patrizia’s husband went there a few months before his family, so that he could find good accommodation.

Laura attended grade two and, since she didn’t know any English, her mother was allowed to spend some time in the classroom with her. She wasn’t the only parent that helped the teachers with multicultural students. Also, the school was open to all parents once a week, to show the kids how to cook a particular dish from different countries, for instance, or to teach them various crafts. 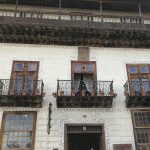 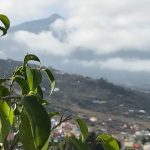