The Years That Followed on Shepherd.com

Above all, lists of recommended books – the kind of lists that keep me topping up my already towering ‘To Be Read’ pile.
When the good people at Shepherd.com – follow this link to see the books I’ve chosen – invited me to compile my own list of books on a favourite topic, I couldn’t resist.

We started by exploring the ideas that inspired THE YEARS THAT FOLLOWED, a novel that grew out of my fascination with mythologies of all kinds: in this case, the Greek myth of Agamemnon and Clytemnestra.

There are many variations on this myth of the powerful man who seduces a young woman and subjects her to a life of control and, frequently, violence.
But all of these retellings have one thing in common: we get to hear the story from the point of view of Agamemnon, king of Mycenae, leader of the combined Greek forces at the battle of Troy.

Most versions of the myth agree that Clytemnestra is wrenched as a young girl from her father’s house.
She and Agamemnon have a daughter together, Iphigenia. Before he sails for Troy, Agamemnon tells Clytemnestra to send their daughter to him, that he has found a suitable husband for her.
Clytemnestra obeys.
She soon learns that her husband has betrayed her: no suitor has been found, no marriage arranged.
Instead, Agamemnon sacrifices their daughter to the gods, so that he might have fair winds as he sails to Troy. Iphigenia dies on the altar of her father’s political ambition.

Clytemnestra is distraught: heartbroken at the loss of her daughter. I’m not sure when she begins to plot her revenge, but I’d have no difficulty believing that it is right at this moment; the moment when she realises she will never see her daughter again.

And her troubles are not over. When Agamemnon returns from Troy, he brings with him a woman, Cassandra. A woman who has been given to him as the spoils of war…

Retelling this story through the eyes of Calista, my modern Clytemnestra, was a fascinating experience. Myths tell us so much about ourselves: about love and betrayal, compassion and cruelty, power and revenge.

Above all, writing the novel allowed me to explore the silence: to tell the story from the ‘other’s’ point of view. And, at Shepherd’s invitation, I have listed here other works, of fiction and non-fiction, that breach the traditional walls of silence and see the world from the perspective of the powerless.

It has been a joy, revisiting all these books that remain among my favourites.

the years that followed 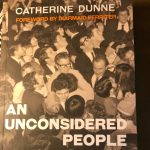 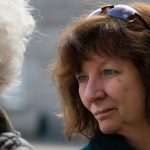