How do you write a book? – Rules for writers 5: finding your plot

Are there hard and fast rules to be followed when writing a book? Probably not – but the following observations may help.

Finding – as opposed to losing – the plot when you’re engaged in writing that all-important first draft, can be a very tricky business.

It’s likely that you already have the nucleus of the story that you want to tell, and the plot is the engine that moves your story along.

So, right from the beginning, it’s worthwhile unpacking that nucleus to see what the elements of your story look like.

I’ve always found it useful, in the early stages, to write an outline of where I think my story might be going.

How to write a book: “in the beginning”…

If nothing else, it will give me a laugh later on when I see how much I have diverged from my original idea.

Once the writing takes over, I have no idea where I’m going to end up.

It’s all part and parcel of creative writing – and, to tell the truth, it’s one of the most exhilarating parts of that entire process.

The kind of divergences that I’m talking about are, I suppose, an odd kind of take on the old saying – if you want to make God laugh, tell her your plans.

Well, if you want to make a writer laugh, wait until she’s finished her first draft and then show her the plans she had before she began it.

Then sit back and see how the characters and the story have taken matters in their own hands. They themselves have decided where they are going to go, writer notwithstanding.

Clearly, this is a little bit of an exaggeration.

Nothing can happen without the writer allowing it to: but the point is, that once you begin the organic process known as writing, all sorts of additional ideas begin to flow, taking you in directions you had never imagined.

Sometimes, these exciting new directions will turn out to be no more than cul-de-sacs; at other times, they will be broad, four-laned highways, leading you to unforeseen destinations.

How will you know which is which?

You won’t – until you write your way up and down them.

I came across this quotation, recently, and it’s worth keeping in mind.

Bring ideas in and entertain them royally, for one of them may be the king.

So, once we can see the elements of our (proposed) plot, spread out on the metaphorical table before us, what do we do with them?

How can we marshal them into some sort of order, some sort of coherent whole that will feel authentic, both to us and to a discerning reader?

To write a book, Aristotle’s way

Aristotle was of the opinion that every tragedy needed a beginning, a middle and an ending.

So do our stories.

But that doesn’t mean they need to be written in that order.

In the early stages, my suggestion is to write the scenes that appeal to you most: an argument, an accident, an unplanned meeting.

Write the scene where someone has their heart broken, for example, or feels betrayed, or angry. Conflict is key.

Put two characters together in an empty room, start them talking, and watch what happens: watch your plot begin to develop.

Advice given to aspiring writers is often to ‘write what you know’ – but that can be limiting if it is interpreted literally.

The writer’s business is to know about human emotions. You don’t need to have experienced something directly yourself in order to write about it. What you will need, though, is to cultivate empathy (back to that again) so that you can understand what it might be like for your character to experience rage, or a searing sense of loss, or an overwhelming desire for revenge.

Writing disparate scenes is like preparing the individual squares for a patchwork quilt. When they’re done, they can be arranged and rearranged over and over again, into whatever overall design works best.

The trick, of course, is to sew them together so that the seams – and the stitches – don’t show.

In the meantime, the only absolute is to keep writing.

Keep showing up at the desk and exercising the writing muscle.

And above all, keep remembering that

all writing is rewriting. 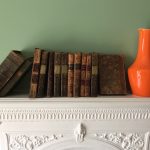 Of writing, memories and transformationDiary, News