Another Kind of Life

Another Kind of Life was published in 2003 – the same year as my non-fiction book An Unconsidered People, a social history of Irish immigrants in London in the nineteen-fifties.

Another Kind of Life, the novel, had an historical impetus, too. I had become fascinated by my paternal grandmother and her fate as a young woman.

At eighteen years of age, she was moved from the comfort and predictability of Catholic middle-class Dublin, to nineteen-hundreds Belfast, a city seething with religious prejudice and social unrest. To add to that potent cocktail, she was married to a man over twenty years her senior, a man she had met only a couple of times before becoming his wife.

My task as a writer was to imagine what that new life must have been like. The novel – my longest – takes the story of Hannah, my grandmother’s fictional alter ego, and her sisters May and Eleanor.

It tells the story of their lives as girls and their survival as young women.

Often constrained by convention, their opportunities often limited by the violence of the society around them, they nonetheless sought, and sometimes found, ways to be in control of their own destinies. 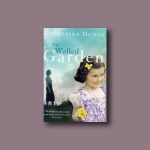 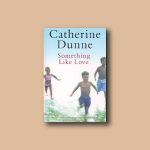