Something Like Love is, I suppose, concrete proof that authors do not necessarily choose their own stories – the stories often choose them!

After In the Beginning I had consciously experimented with different forms. I’d moved on to write a dark psychological thriller; to probe into the emotional intricacies of mother-daughter relationships; to delve into history and explore some of my own family background against sectarian tensions in Northern Ireland at the beginning of the twentieth century.

It competed the story that would not leave me alone. It picks up on the characters from my first novel: the gutsy heroine, Rose, who gets a life after her husband walks out on her and their three children.

It is, essentially, an optimistic tale. It details Rose’s fight to hold onto what she has achieved on her own; to keep going in spite of difficulties; and, eventually, to find a second chance at love.

It is not a conventionally ‘happy ending’ that culminates in marriage – it is a little more open-ended than that.

But it brought to a conclusion all the characters who had lived with me for many years.

In the Beginning was twelve years in the writing – Something Like Love, published some twelve years later, finally saw the circle closed, the tale told, the end of the ‘Beginning’! 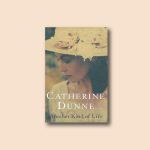 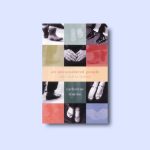