On Monday the 23rd November, I had a very pleasant task to perform in Università Cattolica in Milan.
Last July, an anthology of stories and poetry by Irish and Italian writers called Lost Between was published in Ireland by New Island. 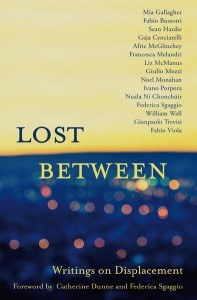 This publication arose out of an Italo-Irish Literature Exchange which had grown tentative wings back in 2011, initially nurtured by the Irish Writers’ Centre and onoma, an Italian writers’ organisation.

The Italian Institute of Culture in Dublin, Ireland Literature Exchange and Culture Ireland also lent their support and in 2012, the first group of Irish writers headed off to Nogarole Rocca and Verona for the first ‘official’ series of public events.

Writerly traffic between the two countries increased and this new anthology, Lost Between is the fruit of the 2014 meetings between yet another group of Irish and Italian writers.

In a unique venture, that same anthology has now been published by Guanda in Italy, called Tra una Vita e l’Altra.

And that was the delightful task that brought us together last Monday: to launch this new book out into the world. 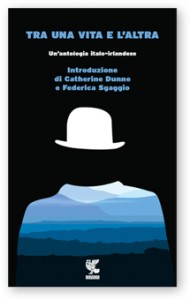 Professor Enrico Reggiani hosted us in the beautiful Università Cattolica and we had a lively discussion about the nature of the creative process and the challenges posed by translation.

The anthology is a gem.

The stories and poems are reflective, humorous, provocative, original and, above all, entertaining.

Reading each contribution is like opening a series of little windows into the imaginative world of hugely talented writers.

Congratulations to all concerned. It was a pleasure to collaborate with Federica Sgaggio on writing the Foreword to this wonderful publication. 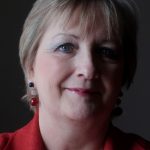