Set in Stone, published in October 2009, had its genesis many years ago.

It was one of those stories that haunted me. In tone, it hearkens back somewhat to my second novel, where I was interested in writing a psychological thriller about a loner who becomes the victim of an obsession: an obsession that ultimately ruins his life.

I have returned to some of those concerns in this novel. But what fascinates me most is the psychology of a character damaged since childhood.

And the old ‘What If’ question raises its head: what if nature is stronger than nurture? What if a character chooses the dark, rather than the light? And what if family dynamics makes that choice something that then becomes set in stone, not just for one generation, but also for those that follow?

I wanted to tell the story from three different points of view: the outsider, the insider and the observer.

It is a story about the choices we all make, and how we often are forced to struggle to hold onto all that we hold dear. 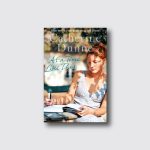 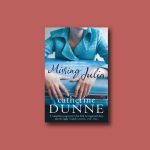