When I came to Ireland for the first time, in 2011, I discovered a song by the popular Irish singer Christy Moore: “Viva la Quinta Brigata”.

The song is about Irish fighters in the Fiftheen International Brigade during the Spanish Civil War from 1936 to 1939. The most important conflict between fascism and democracy in our age. Many people (democrats, socialists, communists, anarchists…) from many countries went to Spain to defend the Spanish republic against the fascist general Francisco Franco, supported by Italian fascists and German nazis.

I loved this story and I’ve written a novel about it in Italian: “La figlia del partigiano O’Connor”. In English it might be translated as: “The Daughter of the Rebel O’Connor”.

It’s an Italo-Irish story: in 1936 a young Irish man – Malachy O’Connor, my fantasy character – left Ireland, went to Spain and fought against the fascists. After the Battle of the Ebro and the “retirada” (retreat) from Barcelona, he sailed to North Africa with some anarchist fighters. While they were trying to seek refuge in north Africa, an Italian submarine captured and deported them to Naples, in Italy.

In Naples Malachy O’Connor and his friends were condemned to internment (“confino”) in Ventotene Island where two important internees – Altiero Spinelli and Ernesto Rossi – were writing The Ventotene Manifesto: the first exploration of the idea of a united Europe.

As I discovered my novel in your island – Ireland – I’d like you to uncover the first seed of the European Union, in Ventotene, a small Italian island off the coast of Naples, .

From 1922 to 1943 Italy was run by a fascist government, under the leadership of Benito Mussolini. During this period several politicians from the opposition were interned in different small islands around Italy (Lipari, Lampedusa, Pantelleria, Favignana, Ustica, Tremiti islands, Ponza and Ventotene).

From 1939 to 1943, 700 (Italian, but not only Italian) of those who opposed fascism in Italy, were imprisoned in Ventotene island. Many of them had fought in the Spanish Civil War against the fascists and nazis.

In Ventotene the internees were free to walk up and down around a small area of the island. They lived in big sheds. No freedom, no work, but several hundred soldiers controlled them. The purpose of the fascist regime was to keep them away from Italy, from political life, from Italian people.

The prisoners had to endure living without freedom: but they were not permitted to die. That would not be good for fascist regime, not be good for propaganda purposes. If a “confinato” felt sick the soldiers brought him back to Italy. It was better to die as far from Ventotene Island as possible. The “confino” had to appear similar to a holiday. But the “confino” was a prisoner without a trial: an internee. Nevertheless the first (and the best) idea of Europe was born in this fascist prison.

In 1941 Altiero Spinelli and Ernesto Rossi wrote The Ventotene Manifesto (the official title was: For a Free and United Europe. A Draft Manifesto).

The Manifesto encouraged the birth of a federation of European states. The Manifesto introduced the idea of a new Europe: united, with a new political democratic system and very inclusive social reform. A new idea for postwar society, written during World War II.

I like to remember two of the principal conditions of The Ventotene Manifesto for the postwar era: European unity and the Reform of society.

«A free and united Europe is the necessary premise to the strengthening of modern civilization as regards which the totalitarian era is only a temporary setback. As soon as this era ends the historical process of struggle against social inequalities and privileges will be restored in full».

And «the indispensable premise of European unity»:

«Enterprises with a necessarily monopolistic activity, and in a position to exploit consumers, cannot be left in the hands of private ownership».

«Private property and inheritance legislation in the past was so drawn up as to permit the accumulation of wealth in the hands of a few, privileged members of society».

«The young need to be assisted with all the measures needed to reduce the gap between the starting positions in the struggle to survive to a minimum».

«The almost unlimited potential of modern technology to mass-produce essential goods guarantees, with relatively low social costs, that everyone can have food, lodging, clothing and the minimum of comfort needed to preserve a sense of human dignity».

«Working class freedom can only be achieved when the conditions described have been fulfilled».

Now, a century later ideas, dreams and political conditions have changed. Nowadays the European Union appears to have strayed very far from The Ventotene Manifesto. But the end of Manifesto brings a real hope:

«The road to pursue is neither easy nor certain, but it must be followed and it will be done!»

When in 1943 Ventotene island was liberated by the Americans (there is a fantastic report of the battle of Ventotene by John Steinbeck, published in Once There Was a War) The Ventotene Manifesto was circulated within the Italian Resistance against Fascism and Nazism and contributed to form the idea that European integration was an antidote to the extreme nationalism which had devastated the continent in the World War II.

A great and important idea born in a small Italian island. Another good joke from history. 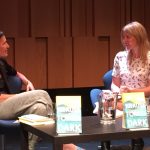 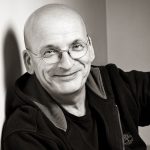