August Is a Wicked Month

‘August Is a Wicked Month’ according to Edna O’Brien.

And September, which has just begun, should be called the Busy Month. Before the Julian Calendar in 45 BC, September used to be the seventh month of the year. Now, of course, it’s the ninth, and among its many tasks is to signal for us the end of summer, the beginning of new school terms and the time of fresh starts everywhere.

Festivals and book launches get into their autumn stride and that sense of starting anew is palpable. Extra-mural courses, seminars and workshops abound, and avid readers everywhere begin to think seriously about becoming writers.

This year, on Saturday the 21st September, I’ve been invited by the Irish Writers’ Centre to take part in their ‘Propel’ initiative:
This is an intensive day-long course during which we’ll explore – among many other topics – the role of inspiration, the writer’s ‘Contract’, getting started, and staying motivated when the going gets tough – as it will.
We’ll spend time during the afternoon on exercises designed to nourish your creative impulses, and we’ll have time for a Q and A about the changing industry that is publishing today.

A mix of the practical, the imaginative and the philosophical: come along and treat yourself to a new beginning. Make this the month that the manuscript-in-waiting starts to become a reality.

I’m delighted to be a guest this month of The Write Time festival, hosted by Fingal Libraries. I’ll be taking part in a panel discussion with fellow writers Lia Mills and Hilary Fannin. The event will take place in Blanchardstown Library on the 11th September at 6.30 pm.

Along with Orla Lehane of Fighting Words, we’ll explore the struggles and dangers faced by women human rights workers around the world. We’ll discuss the essays which make up the publication ‘Yes, We Still Drink Coffee!’ recently published by Front Line Defenders in collaboration with Fighting Words.

Come along and join us for what promises to be a lively and stimulating discussion.

Heading a little further afield, I’ll be in Milan on the 15th September for the ‘Il tempo delle donne’ festival. This festival, which takes part in several locations during the month of September, has as its focus this year the ethical, philosophical and cultural issues that surround the perceptions of women’s bodies.

My own interview, which will take place on the 15th September, will explore the themes of my latest novel, ‘Come cade la luce’. Along with Roberta Scorranese, I’ll be discussing solitude, politics, religion and family dynamics, particularly as these relate to the lives of women today.

On the 28th September, I’ll be making my way to Bray to attend the excellent Bray Literary Festival.

This is truly a festival with something for everyone. Check out the brochure and come along to this busy annual event which is going from strength to strength. A packed programme includes poets, memoirists, novelists, songwriters, playwrights, both established and emerging.

And so to Kilmore Quay on Sunday the 29th September. This is the 4th year of this thriving festival, and I’m delighted to be taking part in an interview with Sue Hubbard, poet, critic and novelist, on Sunday morning from 9.30 to 11.00.

I’ll also be facilitating a workshop on Sunday afternoon. The Workshop will focus on how we can carve out time to write; how we motivate ourselves to take those first, important steps to sit down get creative; and how we manage to keep going when things prove tricky.

Set in a stunning location by the sea, this is a wonderful way to complete the activities of a Very Busy Month.

And back to Italy… (November)

And an important PS – keep your eye on the developing programme for the San Patrizio Livorno Festival #SPLF 2020, where our guests of honour will be announced very soon!

We are planning an exciting programme for the 21-23rd March, an eclectic and entertaining mix of Irish guests, along with other nationalities.

You’ll find all the news here.
The 2020 edition of the #SPLF will be launched in Livorno on Sunday 10th November.

And remember: if you are in Livorno on that date, you’ll be able to attend my intensive workshop on Creative Writing. 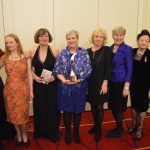 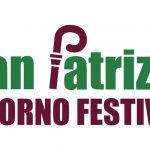