This month, I’m delighted to welcome poet, essayist, short story writer and novelist Mary O’Donnell. Mary’s 1992 novel, ‘The Light Makers’, has just been reissued. Published by 451 Editions, its return has been widely welcomed. Reviewers praise the beauty of Mary O’Donnell’s writing and the timeless appeal of the novel’s heroine, Hanna Troy.

MO’D: The decision to publish with 451 Editions was quite a practical one.

When it struck me that it was twenty-five years since the novel’s first publication, I felt that I shouldn’t delay by trying to persuade the usual, perhaps more mainstream publishers, to reprint it.

451 Editions offered me the opportunity to bring it out quickly, and organised everything, including the online selling I wanted to tap into.

Remember, ‘The Light Makers’ appeared before the idea of selling books on the internet had gained any hold at all!

So it was expedient.

I also felt that the novel’s themes – of the challenges of love, of memory, and in a practical sense of the disappointment a young woman feels when she discovers she cannot become pregnant, still remain universal.

CD: I love the strength and the contradictions of Hanna Troy, the central character. Her walk around Dublin – and the city feels like a real character in the novel, too – is a long reflection on what has brought her to where she is now. She mines her family history, as well as her own, in order to understand who she is. This search for identity feels like a crucial theme in the novel.

Can you tell us what interests you about this search for identity?

MO’D: I was interested in the notion of telling a life’s story – a small history, if you like – in a day.

Other writers have done this before, of course, and I was drawn to it for many reasons: one of them is that you must contain quite a lot of information within an artificial time-scale, and yet convince the reader that the past which is being revealed and which is not part of the actual day itself, is also part of this story.

So, although Dublin is revealed in all its summery glory, with young people dashing around, the the shops thronged, and Hanna wanders the city centre’s streets, outside of the city scenario a woman’s whole life is being explored; not alone that, but a life she did not know, because she also takes us back to the Second World War, where an uncle of hers was killed during the Battle of El Alamein, in Alexandria.

CD: The parts that deal with Hanna’s childhood are set in the border country – an interesting metaphor in itself. Can you tell us a little about how living close to the border helped to forge your own sense of identity, as well as that of your character? Its influence on how you see things as a writer?

MO’D: To be honest, I didn’t realise how my own sense of identity was forged by living close to the border until I wrote my fourth novel, Where They Lie (New Island Books, 2014). At the time of writing ‘The Light Makers’, I was very much locked into the experience of being part of a family, a large one, that I wanted to use as a backdrop to the complexities of not ever quite fitting in.

So, although the family in the novel is not directly my family, certain elements are undoubtedly drawn from episodes and attitudes I absorbed. The day trip to the mountain-top, for example, was not something I knew about.

It was invented, but as I enjoy writing ‘group’ scenes, this was an opportunity to anchor Hanna’s background within her tribal group.

CD: Hanna struggles with all the griefs of infertility. It is a loss that is sensitively explored throughout her long walk. Abortion is there in the background, too, as is the right of women to exercise control over our bodies. I thought of The Handmaid’s Tale while reading your novel and wondered how you view the fight for this same right in Ireland today? Has the social and political landscape changed since the 90’s? Are you more optimistic?

MO’D: People seem to be more aware nowadays that it’s possible to live a wonderful, fulfilling life without children.

Perhaps our focus has finally widened a little. The social and political landscape has changed for the better, but as I write this I am still aware that women are excluded in so many subtle and unsubtle ways. For the majority of people, it’s instinctively ‘right’ for them to want a child. For a minority, it doesn’t matter.

But for the ones who do, we do still live in a place in which being part of a couple plus children seems to be the main social trope.

I think that’s a natural fact of life, actually, but the advertising nowadays for certain products – detergent, washing-up liquid, cleansing agents and Big Burger eating experiences(!) remain revoltingly focused on grinning happy families in which the woman is mostly always the nurturer.

That said, I believe that women do nurture best, but I abhor smugness and assumed ‘rightness’ wherever I see it.

CD: Sam is a complex character, too. His refusal to take a fertility test is interesting – and at times the reader is infuriated on Hanna’s behalf. I wondered if his motivation had to do with realising that he did not want to father a child with Hanna: that he knew he had already outgrown the marriage and needed to find some way to extricate himself? I didn’t feel much sympathy for him, but I did feel that he was as unhappy as Hanna, and in need of some reflection himself. He semed to focus on the external, though, rather than the internal – all those soaring buildings of glass and steel. How do you feel about him?

MO’D: He was problematic for me to write into existence and sustain as a character.

Part of me, the writer, also disliked elements of him, but I also felt sympathy for him – as Hanna does.

And she loves him, his awkwardness, his elegant, interesting buildings (reflecting my own interest in architecture), and the fact that her fascination with him goes right back to when she was much younger must mean something.

So he has an affair. So what I ask? Men and women have affairs and fall in and out of love all the time. Sometimes these are casual episodes, the cinq-a-sept idylls of the ‘Parisian’ affair, but often they indicate serious life changes.

The affair is something I feel Hanna can bear. What she cannot bear is the discovery that his lover becomes pregnant. Then and only then does the affair become the kind of incontestable offence which almost breaks her.

CD: It is clear that the marriage between Sam and Hanna is falling apart – and not just because of infertility, but because of deeply-rooted incompatibilities. Sam’s affair is a reflection of all the differences that lie between them. The physical fight scene between them towards the end of the novel is a very powerful one: the mix of rage, physical violence, laughter and grief feels so authentic. Can you tell us something about writing these scenes of conflict, which are so central to understanding the characters? And something about your writing process in general?

MO’D: I think that only people who actually love or have loved one another can literally fight physically and not injure one another.

The slapping and restrained violence – remember, as a man, Sam could have injured Hanna, but he doesn’t – may be a feature of Sam and Hanna’s frustrated realisation that this is the end for them.

I mean, why does he agree to travel to Egypt with her? This is supposed to be a holiday, but something else happens in a strange environment that can take their excesses and angers.

Sometimes, people need to be outside the familiar in order to become themselves, which I believe is what happens the couple while in Egypt.

It is the first step in their being re-born, although at this stage the reader doesn’t know in what manner they are being re-born.

CD: What’s next for Mary O’Donnell?

MO’D: A book of linked stories, provisionally called Empire, is to be published later this year by Arlen House. The stories are set between 1915 and 1919 in Ireland and in Burma.

They depict the lives of people on both sides of the Ireland-England challenges of the time, and include a middle-class Dublin couple who travel to Burma on the husband’s three-year engineering contract with a British company there.

So, although three of the stories are concerned with their lives before, during and after Burma, others are concerned with the war and the Battle of the Somme, a single mother who ends up picking moss for bandage-making (moss-filled bandages are highly anti-inflammatory and were sent out to Salonica in 1919), and another mother takes revenge on a boy who has mercilessly bullied her son in a posh boarding-school.

Following on that, the first critical book of essays on all my work, including poetry and short stories, will appear next year, called Giving Shape to the Moment: the art of Mary O’Donnell, poet, short-story writer, novelist.

Most of the academic contributors are Spanish, although three are Irish. That’s the next leg on my journey, all going well! 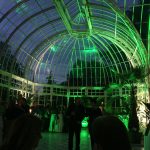 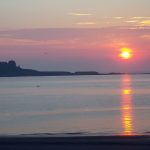