I’m going to talk about bully and cyberbully at middle school (age between eleven and thirteen). About this topic, there is a book by Catherine Dunne “The things we know now” (Quel che ora sappiamo), and one “Bad day in Blackrock” (Giornataccia a Blackrock), written by Kevin Power.
To speak about bullying we must have particular features: a young that bully a victim, a group of peers that supports that bad boy, and a victim that can’t find a way to escape. Cyberbulling is the same but with social media.

I taught in a secondary school, “Galilei Galilei” school (in the name of the big scientist) in Busto Arsizio (a quiet big city, 80 thousands inhabitants near Milan, North Italy), on the outskirts of my town. The students come from poor family, often immigrants, and pupils are frail. In those familied violence from parents to child is a common reality. In the school we have a phycologist that supports these student with special needs.

Just two months ago, a TV program called “Le Iene” presented a new game called “Blue whale”, coming from Russia, that leads students to suicide, after having done violent or dangerous steps (for example to walk near the binary or the platform, just before the train arrives, or to cut their arms to draw a bloody whale, or to walk near the border of a skyscraper, or don’t go to school for one day). All these steps must be shot by mobile phone and sent to the boss called “curatore”. In Italy there were already 2 or 3 young victims, suicided by throwing themselves from a skyscraper or putting their head under a train.

In my school a young girl said to the her friend that she was following these dangerous steps, and her friends told me that fact. So I called “Telefono azzurro” (an Italian association against violence on children) and I wrote a letter to protect my school. We don’t know exactly if it was only a way to attract attention used by that girl, or if she really wanted to to those thing.

Another experience of cyberbullying was in a class. All the students join whatsapp and create a group also to share homeworks. But in this case, one student was insulted by classmates because he was fat. The young boy didn’t want to go to school anymore.

As I heard this situation, parents were invited by the chief and me to talk about the danger of such situation.
All we have to understand that bullying and cyberbullying are crime and everyone of us can do something to prevent this problem, using better social media or teaching young people to use better them.

Re-dressing Italy, or My musings on ‘Italianness’ – Cristiana ZiraldoDiary, News 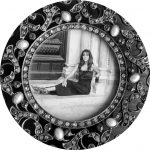 I will brush your hair when it is white – Simonetta BernasconiDiary, Events