The Years That Followed: Pilar

Where did Pilar come from?

Why did such a feisty, independent, colourful character simply arrive on my doorstep, unannounced?

I’m still not sure.

She was no part of my original plan, played no role in the ancient tale of Clytemnestra and Agamemnon, on which The Years That Followed is based, and was not, in any sense, invited to the party.

But she turned up anyway, complete with bags of shopping, her dark hair askew, and surrounded by attitude.

I liked her at once.

She was, from the start, difficult to manage. I made it clear that she was with me on a trial basis only – if she didn’t work out, then she’d have to leave, maybe going into cold storage for a while, to re-emerge in a few years’ time, smarter, tidier, more sure of her welcome and her place in an entirely new novel.

But Pilar had a glint in her eye and a way about her that made me feel, from very early on, that she was with me to stay.

She was very insistent. She and her residents and her building in a wealthy suburb of Madrid became centre stage while Calista waited patiently in the Irish wings.

Very soon, she began to feel like something of a Greek chorus, the events of her own life shadowing the choices and the decisions that the younger Calista was making, thousands of miles away.

Dublin is familiar to me: it’s where I was born, where I grew up, where, apart from a couple of years here and there, I have lived for all of my adult life.

But Extremadura in the west of Spain was somewhere I had never been.

Pilar brought her birthplace along with her, unfolding its landscape in my imagination.

It was a place that was stitched so completely into her character that I felt compelled to go there. Pilar breathed its wildness, its raw beauty, its poverty.

We went there together, she and I. At this stage, she was laughing at my insistence that I would be the one to decide, eventually, on her fate.

Because Pilar knew that once I’d been seduced by Trujillo, by Mérida and Cáceres, by the untamed nature of the ‘land beyond the Duero’, that she’d have made her case. Pilar was, at last, here to stay, and she knew it.

I’ve always been fascinated by the notion that our lives can often glance off the lives of others, never meeting or touching, but nonetheless linking us in ways that are strange and significant and intangible.

It felt right that Pilar and Calista’s lives should be pulled more closely together by powerful, invisible threads – threads that emerged from the tapestry of so many ancient stories.

Each of these women, in their own way, make decisions that have huge a impact on the rest of their lives: an impact that neither of them could have possibly foreseen.

But each is, also, caught up in the events of a story much larger than her own: a story with its roots in the mythological, a story that will pay little heed to individual lives or personal happines as, finally, it reaches its own inexorable conclusion.

Pilar brought her birthplace along with her, unfolding its landscape in my imagination.

It was a place that was stitched so completely into her character that I felt compelled to go there. Pilar breathed its wildness, its raw beauty, its poverty. 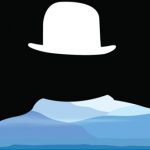