The Years That Followed landscapes

The Years That Followed Landscapes: Cyprus, Extremadura and Ireland

They appear and disappear.

They can be places of great tranquillity, safe havens for mythical heroes as well as familiar landscapes for tightly-knit communities. Islands are, by definition, surrounded by water – that unknown element that so often represents our deepest fears: those that lie hidden, beneath the surface, dark and mysterious.

All of these island characteristics make Cyprus the ideal location for the myth that inspired The Years That Followed. The novel tells the story of the modern lovers, Calista and Alexandros – a story that is a reimagining of the ancient tale of the Greek king, Agamemnon and of Clytemnestra, the woman he brutally claims as his own.

Cyprus is rich in similarities to modern Ireland, which it shadows throughout the novel. Like Ireland, it is divided politically; it has a recent violent history along with a strong sense of its own ancientness; it has a problematic relationship with its larger, more powerful neighbour.

Cyprus is different from Ireland in many ways too, of course, but these are the differences that lure the naïve and unsuspecting Calista into believing that its stark, exotic beauty is a kind of protection in itself.

She has the Northern European’s belief in bright weather: nothing bad can happen, surely, where the sun shines so warmly and the sea sparkles so beautifully…

If islands help to make us feel connected to each other and to the familiar, to believe we are safe and rooted, they can also make us feel oppressed and claustrophobic, filled with a longing to escape.

Calista longs to leave behind her suffocating, proper, suburban home in Dublin. She is thrilled to flee to Cyprus, to its shimmering landscape, its exciting, unfamiliar cities. She is, of course, unaware that she is merely replacing one set of difficulties with another…

All landscapes, I believe, help to shape who we are and how we see the world.

Extremadura, in the extreme west of Spain, is not an island: but it might as well be, in so many ways. I wanted Pilar, another of my main characters, to come from there, and to exhibit some of the influences that her native place has had upon her over the years.

Located far from the Spanish Costas, and wedged up against Portugal, Extremadura is a region of wild, glorious beauty and harsh, unforgiving land.

In the Buñuel film of 1933, Las Hurdes, the filmmaker explores the grinding poverty of the region of Cáceres.

He calls it ‘Tierra sin pan’ – land without bread.

It is a film that defies categorization – some calling it a ‘surrealist documentary’ or even one of the earliest examples of ‘mokumentary’: but nonetheless, it is a fascinating piece of social history. I was struck so many times by the similarities between rural life in Ireland and that of Extremadura: the desperations of poverty in those years, the grinding nature of everyday life, the hopelessness of the future.

Who would not want to escape Extremadura in the nineteen fifties?

Who would not vote with their feet as Pilar did?

She leaves behind all the suffocations of poverty, all the restrictions of servitude: she carves out a different life, one not without difficulties, but a life whose landscape she constructs for herself. Pilar reminds me in many ways of all those Irish women who emigrated on their own from rural Ireland throughout the forties and fifties.

Physical landscapes help to shape both Calista and Pilar, in different and individual ways.

In the case of each woman, however, the landscapes they leave behind and the ones to which they flee have a defining impact on the women they each learn to become.

Islands are often magical places. They appear and disappear. They can be places of great tranquillity, safe havens for mythical heroes as well as familiar landscapes for tightly-knit communities. Islands are, by definition, surrounded by water – that unknown element that so often represents our deepest fears.

All of these island characteristics make Cyprus the ideal location for the myth that inspired The Years That Followed.

Located far from the Spanish Costas, and wedged up against Portugal, Extremadura is a region of wild, glorious beauty and harsh, unforgiving land. 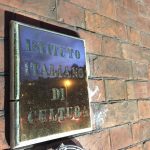 The Years That Followed launch at Doolin Writers’ WeekendEvents, News